On 13th September 2021 “we celebrate the centenary of the birth of Stanisław Lem - writer, futurologist and philosopher, whose work ignites the imagination of readers all around the world.”

more (including video) at the website of the Locomotion in Biorobotic and Somatic Systems group, MPI-IS, and their Nature Communications Biology article

Hofstadter is a theoretical physicist, an AI skeptic, a proud Hoosier, a literary scholar, and a strange loop. He also coined Hofstadter’s Law, which states that things always take longer than you expect, even when you take into account Hofstadter’s Law.

He describes himself as pilingual: he speaks English, French, and Italian, “with several other languages having small to tiny fractional values,” adding up to 3.1415…

Here are some of his potentially untranslatable puns:

“A mistress is halfway between a mister and a mattress.”

“Parking is such street sorrow.”

Boids, “a documentary on artificial robot-birds, whose title draws on ‘android’, ‘humanoid,’ etc, while also doing a stereotyped Brooklyn accent on ‘birds’”

“In larger things we are convivial
What causes trouble is the trivial.”
— Richard Armour

Especially when it comes to fuzzy concepts:

(somewhere on the Internet)

The online tool to convert photos to spreadsheets: http://think-maths.co.uk/spreadsheet

Newsletters; or, an enormous rant about writing on the web that doesn’t really go anywhere and that’s okay with me:

A highly unusual compound of four xenon atoms bound to a gold atom. 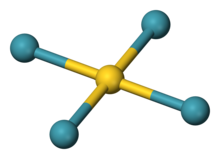 “Tetraxenonogold(II) is unusual in that it is a compound of the notoriously inert atoms xenon and gold. It is also unusual in that it uses xenon as a transition metal ligand, and in that it contains gold in the +2 oxidation state. It can be produced by reduction of AuF3 in the presence of fluoroantimonic acid (the strongest superacid) and xenon, and crystallised at low temperature.

It was the first description of a compound between a noble gas and a noble metal. It was first described in 2000 by Konrad Seppelt and Stefan Seidel.”

The following quote from Disco Elysium (one of many notable examples) sounded vaguely familiar in its wording:

Secrets are the currency of human relations.

A quick search unearthed this strikingly similar one:

“Stories are the currency of human relationships.”

And of course, as is fitting for such a game, we have a possible inspiration from Karl Marx with his “Die Logik ist das Geld des Geistes”, or “Logic is the money of the mind.”

So which is it then – secrets, stories, logic? Or disco?