Capacity for the nobler feelings is in most natures a very tender plant, easily killed, not only by hostile influences, but by mere want of sustenance; and in the majority of young persons it speedily dies away if the occupations to which their position in life has devoted them, and the society into which it has thrown them, are not favourable to keeping that higher capacity in exercise. Men lose their high aspirations as they lose their intellectual tastes, because they have not time or opportunity for indulging them; and they addict themselves to inferior pleasures, not because they deliberately prefer them, but because they are either the only ones to which they have access, or the only ones which they are any longer capable of enjoying.

Confronting the climate crisis will require something more radical than just making data greener. That’s why we should put another tactic on the table: making less data. We should reject the assumption that our built environment must become one big computer. We should erect barriers against the spread of “smartness” into all of the spaces of our lives. To decarbonize, we need to decomputerize.

From one perf optimization article: “However, one of the few things in the known universe faster than the speed of light is users impatience. ”

spend some time with time itself

edit: the page no longer exists...

1. I will never allow anyone else to make me a cog. I will never do what is stupid or horrible because “that’s what the regulations say” or “that’s what my supervisor said,” and then sleep soundly at night. I’ll never do my part for a project unless I’m satisfied that the project’s broader goals are, at worst, morally neutral. There’s no one on earth who gets to say: “I just solve technical problems. Moral implications are outside my scope.”

(and the referenced article about Hannah Fry’s call)

The Sophisticate: “The world isn’t black and white. No one does pure good or pure bad. It’s all gray. Therefore, no one is better than anyone else.”

The Zetet: “Knowing only gray, you conclude that all grays are the same shade. You mock the simplicity of the two-color view, yet you replace it with a one-color view...”

A guilty system recognizes no innocents. As with any power apparatus which thinks everybody’s either for it or against it, we’re against it. You would be too, if you thought about it. The very way you think places you amongst its enemies. This might not be your fault, because every society imposes some of its values on those raised within it, but the point is that some societies try to maximize that effect, and some try to minimize it. You come from one of the latter and you’re being asked to explain yourself to one of the former. Prevarication will be more difficult than you might imagine; neutrality is probably impossible.

citing out of context here, but still worth it

You’ve seen the stories—in the Financial Times, Technology Review, CNET, Facebook, Reddit, Twitter, or elsewhere—saying that a group at Google has now achieved quantum computational supremacy with a 53-qubit superconducting device. While these stories are easy to find, I’m not going to link to them here, for the simple reason that none of them were supposed to exist yet.

So now we can say with certainty that the most metal bird is the raven: 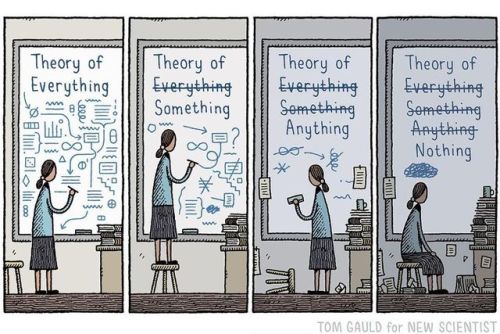